New Americas Cardroom Software Gets Thumbs Up by Players 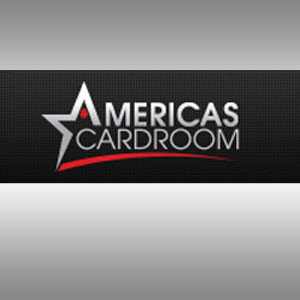 The improvements made yesterday to the Americas Cardroom software received a resounding thumbs up from players who visited the site after the upgrade took effect.

Word had been going around for a couple of days that a major software upgrade was about to happen on the Winning Poker Network and, when the network announced that the sites affiliated to it were to be down for three hours for scheduled maintenance, players waited to see whether the software improvements they had hoped for were included.

During the scheduled maintenance downtime, Americas Cardroom were quickest off the block to send around details of what changes had been made, and although the upgrade did not fulfil virtually every request we’ve received (according to Michael Harris, spokesperson for Americas Cardroom), it generally received a positive response from players when the site went live again.

Details of the Americas Cardroom Upgrade

For anybody who has never previously played on Americas Cardroom, the previous version of the software could best be described as chunky and failed to deliver what players have come to expect from modern online poker sites. However, the redesigned poker room and smoother gameplay brought the site up to (and beyond) scratch, and was compared by a contributor to the popular 2+2 forum as a mixture between FTP and PokerStars.

Some of the other improvements that were made to the Americas Cardroom software include the following features:- 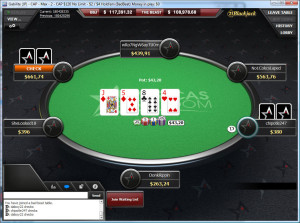 Players Vote with their Feet as Traffic Rises 30%

As news of the upgrade spread, traffic on Americas Cardroom and the other skins affiliated to the Winning Poker Network shot up dramatically. Whereas cash game traffic on a weekday evening would rarely exceed 500 players, last night a peak of 656 players was registered on the poker traffic monitoring web site PokerScout – pushing traffic on the Winning Poker Network up to within 16% of that recorded on all the Merge Gaming Network sites combined, and within 250 players of the Revolution Network.

It is not inconceivable that Americas Cardroom could soon become the second most popular online poker site for players in the US (behind Bovada Poker) if further software improvements are made and the site continues to flourish. Already the site has established a reputation for being the fastest processor of cashouts for players in the States and still uses the popular “dealt rake” method to calculate players´ rewards in its Elite Benefits VIP Program.