The Beast´s Birthday with $51,000 at Americas Cardroom 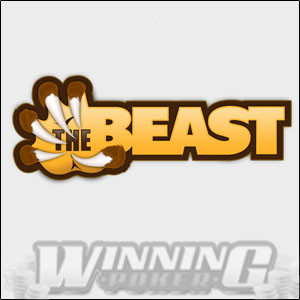 To celebrate the first anniversary of Americas Cardroom´s Beast promotion, the site is giving away $51,000 to players who try to tame the Beast during August.

Americas Cardroom´s Beast promotion is the world´s first progressive rake race in which players pay a premium at selected tables which is then added to the progressive prize fund. Players earn points for contributing to the premium, which determine their position on the monthly leaderboard and, at the end of each month, the prize fund is distributed among the top point earners.

The Beast has been a colossally successful promotion for Americas Cardroom and has paid out nearly $2 million to players over the past twelve months. Now, to celebrate the Beast´s first birthday, Americas Cardroom are adding $51,000 to the Beast promotion in the form of daily and weekly leaderboard competitions during August (which would imply that the Beast is a Leo).

How the Beast Birthday Bonus Works

The winner of the monthly Beast leaderboard in recent months has picked up in excess of $12,000 in cash bonuses, and the competition has paid as deep as 500 places – with the top 350 players collecting upwards of $75.00 and the top 500 players also winning a seat for a $55.00 satellite tournament which guarantees 10 packages to the $500,000 guaranteed Punta Cana Poker Classic next November.

Where to Find the Beast Tables

The Beast promotional tables are indicated by the initials “JP” in the Americas Cardroom NL Hold´em lobby (Beast tables also exist in the FL and PL Hold´em lobby but are often quiet) and by “Beast” in the PL Omaha lobby. Limits for the tables range from $0.05/$0.10 to $15.00/$30.00 and points collected in the daily and weekly leaderboard competitions will also count towards the monthly leaderboard standings.

Will You Tame the Beast in August?

The Beast´s Birthday Bonus promotion provides players who have not yet registered an account with Americas Cardroom the perfect opportunity to play at the site and collect points towards the anniversary promotion while, at the same time, clearing the 100% Americas Cardroom poker bonus on first deposits up to $1,000.

Americas Cardroom uses the dealt rake method of distributing VIP Points to players clearing the poker bonus, which makes it one of the easiest bonuses to clear among all the online poker sites that accept players from the US. Players from the rest of the world are also welcome at Americas Cardroom to take advantage of the promotions and bonuses, the recently upgraded software and the fantastic Customer Support provided by the site. When you still need to create a new account, use our Americas Cardroom bonus code WPBONUS to get the maximum bonus.