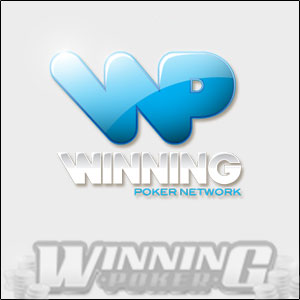 March madness has arrived at the Winning Poker Network (WPN) as players competing at the Sit & Crush promotion will find $2,500 added to the leaderboard race.

SitNGo players are often overlooked when it comes to bonuses at various poker rooms, but not so at WPN. Players at network skins such as Black Chip Poker, Americas Cardroom and True Poker will be pleased to know that WPN treats players of every game type equally, and has tossed in some extra cash to the leaderboard race to prove it.

That $2,500 will sweeten the pot of the Sit & Crush weekly points race on the SitNGo tables, putting an extra $10,000 in the pockets of players for the month of March. Players will not be required to pay any additional money to fund the progressive points race, with the added $2,500 reserved for the top five finishers on the leaderboard.

First place will grab $1,000 of the added funds, while second through fifth place will take home $600, $400, $300 and $200, respectively. Remember, that cash is earned on top of the funds already in the weekly points competition that comes from player contributions.

Americas Cardroom spokesman Michael Harris explained that he and representatives of the other WPN skins felt it was important to reward loyal SitNGo players. So instead of allowing the Sit & Crush prize pool to be comprised of only player-contributed funds, WPN decided to toss extra money on the table every single week in March.

Each weekly points race kicks off at 00:00 Saturday and runs until 23:59 on Friday. Eligible players are those competing in SitNGo or “On Demand” tournaments. Winning or losing the tourneys is not a factor in determining points, as only participation is required. In other words, the more SitNGos played, the more points are earned.

In addition to cash bonuses, free tournament entries will land in the accounts of winning players. Cash prizes will be paid out on the Monday after each weekly race concludes. Tourney tickets must be used the following Sunday.

WPN accepts players from around the world, including the U.S. It is the top-ranked U.S.-friendly online poker network in terms of player traffic and has developed a loyal following based on efficient payment processing and exemplary customer service.

Players who have yet to deposit at WPN should realize that Americas Cardroom, Black Chip Poker and True Poker all offer a first-time deposit bonus of 100% up to $1,000. A full sixty days is allowed to clear the generous bonus.

Also, twice-monthly reload bonuses are standard at the WPN skins, allowing savvy online poker players the opportunity to earn additional cash on top of whatever may be won on the tables. It is those bonuses as well as The Beast and Sit & Crush leaderboard points races that has more and more players flocking to the Winning Poker Network.